A Handbook of Traditional Living 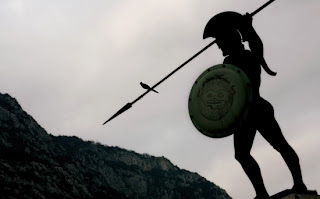 "Each member of the Operative Unit must thus seek to rectify his own behaviour in such a way as to do away with all signs of vulgarity and unseemliness; at the same time, he must develop a genuine aversion to all lies and betrayal. The militant will avoid the traps laid by the System in order to stunt possible changes: he will thus reject drugs and perversions. The militant will not abuse alcohol

or engage in foolish and random acts of violence, which are but signs of human meanness and cowardice. Similar deviances are the most evident manifestations of a world in ruins and of a type of human being that gives up on life, as he is incapable of self-control." (Estratto dalla traduzione in inglese del 2° Quaderno di Formazione del Militante della Tradizione - Comunità Militante Raido ) - A Handbook of Traditional Living
Pubblicato da Elio Carnico